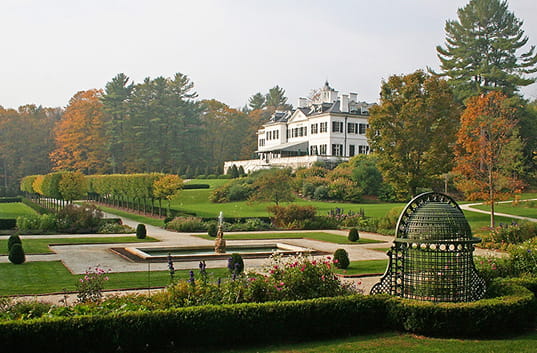 With mountains to the east and west, the area remained wilderness into the 18th-century. Hostilities during the French and Indian Wars discouraged settlement until 1750, when Jonathan and Sarah Hinsdale from Hartford, Connecticut established a small inn and general store. For 2,250 pounds Josiah Dean purchased Lot Number 8, which included present-day Lenox and Richmond. After conflicting land claims were resolved, however, it went to Samuel Brown, Jr., who had bought the land from the Mahican chief, on condition that he pay 650 pounds extra.

The future at your fingertips

Raymond James financial advisors may only conduct business with residents of the states and/or jurisdictions for which they are properly registered. Therefore, a response to a request for information may be delayed. Please note that not all of the investments and services mentioned are available in every state. Investors outside of the United States are subject to securities and tax regulations within their applicable jurisdictions that are not addressed on this site. Contact your local Raymond James office for information and availability.

Keator Group, LLC, is not a registered broker/dealer and is independent of Raymond James Financial Services, Inc.